"Yuno has been accepted to her dream school: Yamabuki Arts High School. To attend the school, Yuno moves and starts to live in a small apartment building named the Hidamari Apartments located near the school. Once there, she makes new friends such as her classmate Miyako and the second year students, Hiro and Sae. Surrounded by good friends, Yuno starts moving towards her dream of being an artist and finding herself in Hidamari Sketch!"
— Sentai Filmworks Catalog

Hidamari Sketch is the stand-alone title of the first season of the anime series animated by SHAFT Studios and licensed by Sentai Filmworks. It debuted in Japan on January 11, 2007 and ran through March.

The events of the season covers various parts of Yuno's freshman year at Yamabuki High School, along with her first year as a Hidamari Apartments tenant. The episodes are episodic (i.e. not in chronological order), but they mainly consists of the time frame before Hoshimittsu. 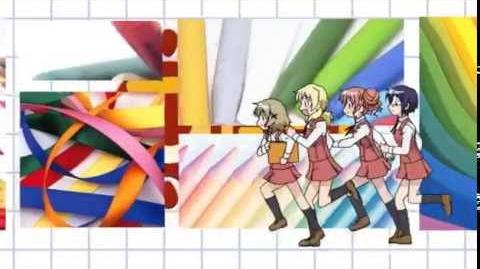 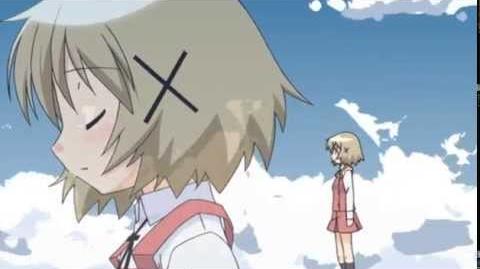 A Scene from the Ending Credits of Hidamari Sketch, Complete with Abstract Art

A Scene from the Ending Credits of Hidamari Sketch

Title Card for Episode One

Title Card for Special One

Title Card for Special Two
Add a photo to this gallery

Retrieved from "https://hidamarisketch.fandom.com/wiki/Hidamari_Sketch_(Season_One)?oldid=6130"
Community content is available under CC-BY-SA unless otherwise noted.